Contact us for a personalised consultation from our Factory trained technicians.

Our specialty is of course the ‘three tuning forks’, but if you don’t own a Yamaha we have a vast amount of experience across all models to help make your ride fast, reliable and more enjoyable.

Setting up your suspension correctly is one the most important aspects riding fast, whether you’re after a full chassis health-check, custom re-valving or anything in-between, our Factory trained specialists can help.

Whether it’s assessing rear-wheel HP output, monitoring fuelling, building custom fuel maps from the ground up, or general diagnostic use, we can analyse and extract the best performance from your machine.

Since 1950, Crescent Motorcycles has accumulated 70 years of experience, supplying the very best in motorcycles, parts, clothing, accessories and service support. Professional racing has been in our blood for the last 25 years and Crescent Racing-operated teams have proved successful in British Superbike, WorldSBK, MotoGP and Motocross. As the Official Yamaha WorldSBK Team since 2016, Crescent Yamaha – one of only three Yamaha GYTR “Pro-Shops” across Europe—aims to ensure our customers can be part of the winning team! 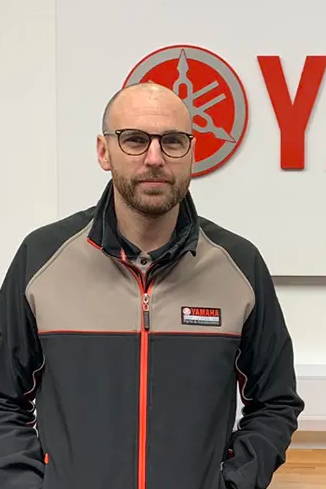 MITCH FREEMAN has more than 16 years’ experience as a key factory-trained technician in the Crescent team with a wide range of brands as well as specialising in Dyno development performance.

Mitch has enjoyed factory training direct from Ohlins in Sweden and travelled to Italy to train with Brembo and Marchesini. He has also completed in house training at Crescent and with Dynojet UK to undertake all aspects of Dyno work and oversees our customer performance enhancement projects at the Verwood facility.

While specialising with Yamaha, Mitch is additionally factory-trained with many different manufacturers including Suzuki, Honda, KTM and Aprilia.

In fact, it was Suzuki where he started – from joining Crescent in 2004 during a school work experience placement scheme, to securing a Saturday role before becoming a full time apprentice the following year – Mitch took advantage of the Suzuki Advanced Apprenticeship Programme whilst being trained in house at Crescent by some of the best retail and race technicians in the motorcycle trade. He was runner up in the Suzuki Apprentice of the Year Award during his first year and went on to win the title for two consecutive years after.

It’s an upwards trajectory that has continued throughout his career with Crescent as he soon reached Master Technician status with Suzuki as well as becoming a finalist in the Technician of the Year Award in 2010.

Mitch’s interest in motorcycles started at an early age with a strong interest in all levels of road racing, from BSB through to WorldSBK and MotoGP. As well as a love for the racing, Mitch developed enthusiasm in the machinery and technology involved. This has helped him in all aspects of his career from building track bikes to servicing factory Ohlins forks to setting up track and race bike suspension. 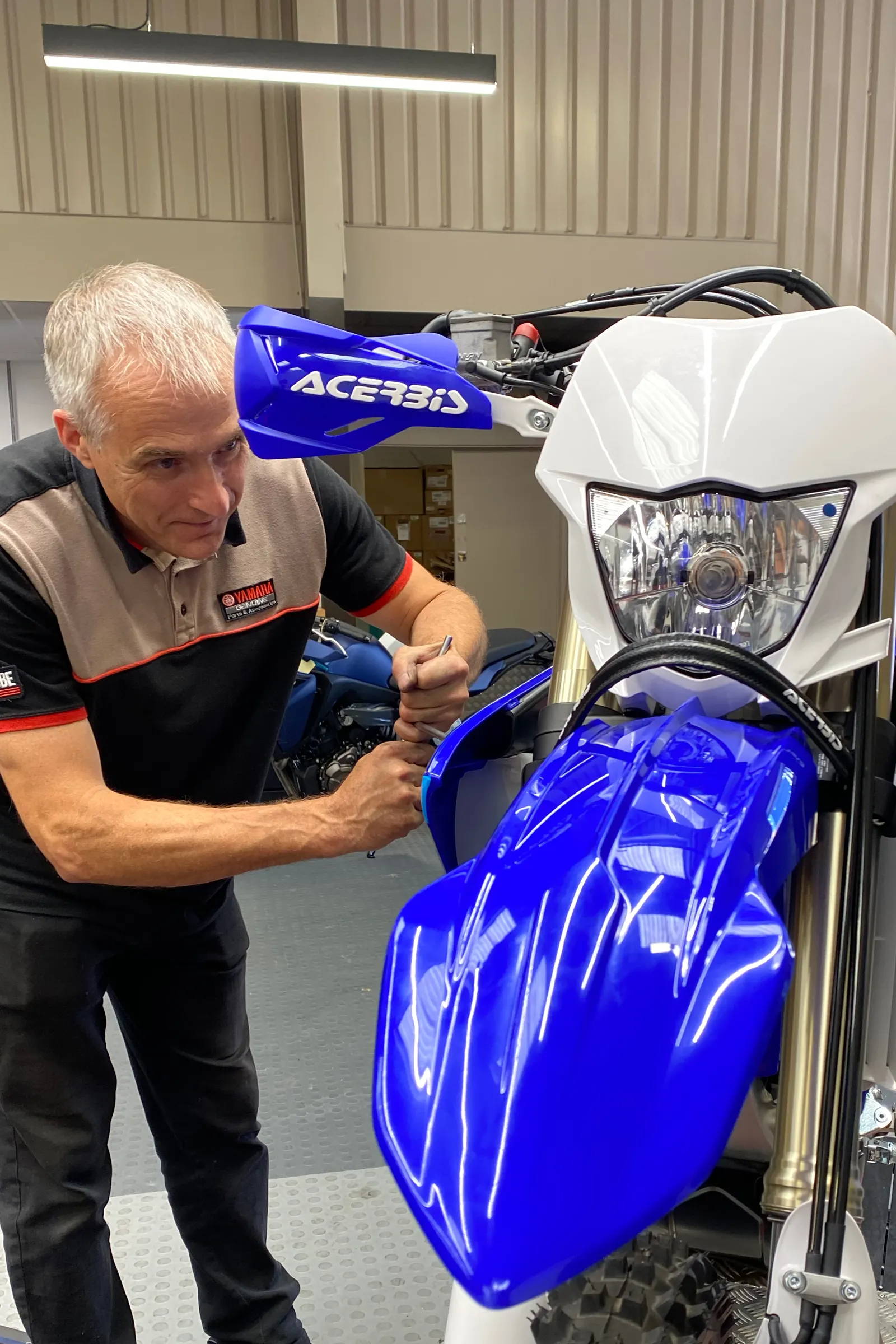 DARREN OSBORNE joined Crescent Yamaha in November 2019, bringing more than 36 years of motorcycle industry and performance experience with him – having worked with a spanner in his hand since he left school (and basically owning shares in Snap-On!).

He has also spent the past 40 years racing in motocross to British Championship level, Supermoto, trials and now in British Championship Enduro and local events. In 2010 he finished third overall in the British Enduro Championship (Over 40s) before repeating the feat in 2017 in the Over 50s class. It’s been a life-long love affair since he started competing at age 14 with Portsmouth Schoolboy Scramble Club.

When not racing himself, Darren has worked with various race teams in motocross, enduro and road racing with bike preparation and tuning – doing it all, from building machines for the Ducati 848 Challenge to our most recent projects including two new Yamaha R3s for the 2020 British Junior Supersport Championship.

In the last four years he has also qualified three times for the Yamaha Motorcycle Technicians’ Grand Prix UK Final – a challenging event testing practical and theoretical technical knowledge and skills to the limit. He was also runner up in the 2010 Suzuki Technician of the Year.

Along with his wealth of practical and technical experience, Darren is also factory-trained with Ohlins and WP suspension systems.